Life’s Easier for the Smart Ones 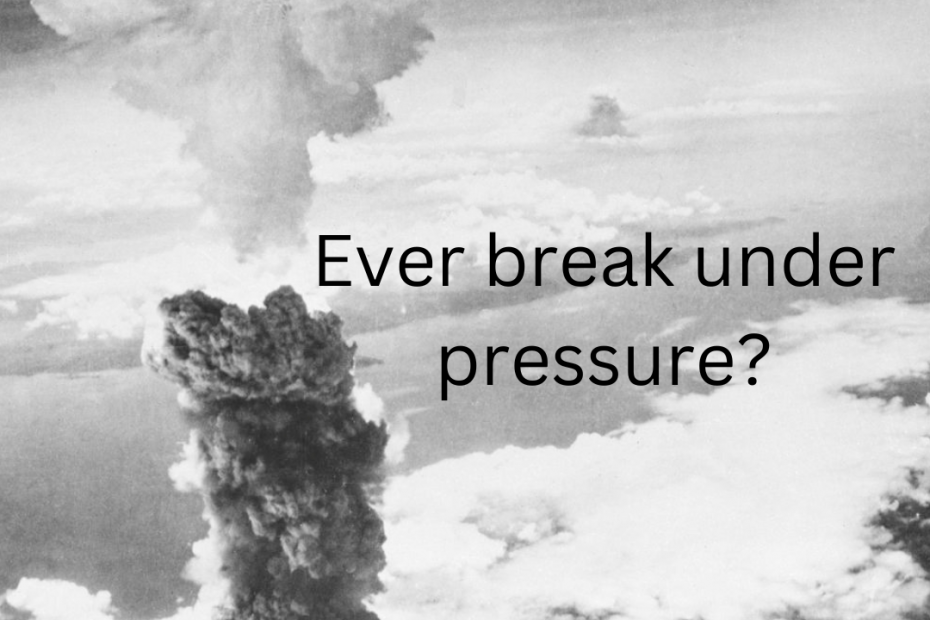 Bright kids always have it made, right?

Sometimes people ask me for advice.

I was speaking with a teacher today who’s brand new to high school. Yesterday, during a test, he caught one of his students looking at his iPhone (not allowed in this school). He suspected him of cheating but wasn’t sure because this kid was “the brightest in the class.”

As per school policy, the teacher confiscated the phone. After class, he sat down with the boy, who admitted to the intent of cheating. Teacher asked him “What would you do if you were me in this situation?”

“Rip up the test and give me a new one,” the kid said.

This teacher contemplated doing just that, but sensed there was something deeper going on. He didn’t think what this kid needed was a re-test.

He asked me my thoughts. Should he tell the principal, the boy’s parents, or otherwise? And I suddenly had a flashback.

“Buckle up,” I thought. Cus whenever I get a flashback, we’re either going to a trauma or a formative part of my upbringing.

That flashback: US History class in high school. That teacher – let’s call her Ms. B – was funnier and cooler than any of my classmates. She’d pepper her sardonic commentaries of historical figures throughout the lecture, and deploy sarcastic rhetoric in her political analysis.

All the smart kids loved her. So did I. But I both loved and HATED that class. I found the homework agonizing and the material insanely hard to memorize! I only raised my hand when a concept seemed particularly in need of my obvious perspective, just so as not to get a zero in Participation. But I would show up when papers were due with nothing in hand, and to test days completely unprepared.

One time I even stayed home “sick” when a term paper was due, took an extra week to write it, and snuck it into her mailbox in the staff room. She deducted points for each day late, so when she handed the papers back, I got big, red D. Along with a note on the first page, “Next time, Ilana, let’s not waste our time together.”

Gah, I felt like such a damn failure in that room.

One day, Ms. B divided the class into two halves for a debate. The topic: “Was the Bombing of Hiroshima and Nagasaki Good or Bad for US Foreign Policy?” (Thank G-d, something I didn’t have to memorize). She assigned each group to a position, and told us to choose a representative to lead the debate for their side.

One person from across the room said, “Hey, their team has an unfair advantage – they have the smartest person in the class!” I looked around at my group and agreed we’d gotten lucky to have – let’s call him Zeke – to my left. But what they hey, no one said debates were fair.

Then, my group huddled in, and one girl piped up, “K, so obviously Ilana has to be the team rep. Sucks for them she’s on our team.”

Everyone (Zeke included) chimed with “Yeah, yeah, Ilana, you have to do it, go.”

And I’d thought I was ‘dumb’ in history.

Being smart isn’t all it’s cracked up to be.

But what good is everyone else in the room thinking you’re smart if you can’t get your shim boards together and write a paper by the due date?

Well, for one, it’s validation. We aren’t sole operators walking around, doing our role to the effect of no one else. We’re social creatures. And when another creature acknowledges that there’s something great about us, it lights a little spark. I won’t turn down someone telling me they’re lucky to have me when I was previously in the dumps of low self-esteem. I’ll take it.

And I’ll take it a step further. Grown-ups.

You work at a job and your boss repeatedly complains that you’re not producing enough or on-time, and you’ve been feeling in the dumps of low self-esteem. You work hard, you try to do good things. But you were struggling with this last piece you were supposed to publish.

So your boss has one of two choices. One choice is to reprimand you for not producing as you should. To not “waste our time together,” so to speak. The alternative is to tell you how much they look forward to reading your articles, and to remind you that they’re waiting to read the next one – which, by the way, was due yesterday. Or last week. And that, by the way, you’re the best writer in this place and they’d be utterly lost without you. (Okay, maybe, maybe not).

You see, some people (maybe you, maybe someone you know) just can’t extend a compliment if there’s anything imperfect or missing in the other person. You know, don’t encourage a delinquent – you’ll condone their behavior. Right?

I’m here to say that’s not how it works.

When you remind someone who’s struggling of how great they are, it energizes them. Yeah – remember that happening to you some time or another? Of course you do. When we focus on the negative behavior, our mind becomes accustomed to it and associates with it. Whereas, if it’s the positive trait that’s focused on, there’s at least a chance that person’s next thought or action will filter through that lens, and they’ll improve.

But who does that, really? Sometimes it feels like hardly anyone is willing to encourage someone else when something’s gone wrong.

And ain’t them the breaks! You see, generally, ‘smart people’ are raised with constant praise from a young age for being smart. The messaging gets so ingrained and linked to approval and positive response, that the child feels they need to constantly live up to it. And it’s not just children – it’s you, now, too. As an adult. So in high school, college, or in the workplace now, you go about your assignments feeling responsible for your smartness, so to speak. You feel the need to keep it up.

No matter that you had baby, went through a trauma, had some setbacks, are going through a divorce, have a sick family member, or are struggling with generalized anxiety or depression. You’ve always been the smart one, so you need to keep being the smart one. No matter what.

So then – what happens when a truly hard task comes your way? You need to write on a tough subject, or access an obscure information source, or learn a new thing in the “tech stack?” You know. You dip one toe in the water and back off immediately, thinking one of the following:

And then you push off doing this thing, because:

I’d venture to say that, if you didn’t feel so damned much pressure to live up to your smarty pants reputation from childhood, that perhaps you’d just say: “Hey – nothin’ to lose, lemme try this out.” It’ll be hard, and it’ll stretch your brain, but then you may even succeed in the end.

Of course I could be wrong, but that’s my hunch.

By now, this teacher still had the kid’s iPhone in his pocket.

So what did I tell this high school teacher from the first story? I said: Listen. You NEVER KNOW what this kid thinks of himself. Like me on debate day, he could be thinking he’s the dull crayon. On the flip side, bright kids feel the need to live up to the “smart” label that’s always applied to them. They identify with it, so that, when presented with a subject they actually find hard, they crush under the pressure – and do nothing.

So…maybe just cut him some slack.

Now. In the above paragraph, replace the word “kid/kids” with “person/people.”

What do you think?

Leave your love in the comments.  Tell me if this resonated with you, or it didn’t, or maybe you’re curious to hear more about something I mentioned.  Maybe you want me to stop yammering and interview someone with something actually useful to say.  Well…tell me about it below!